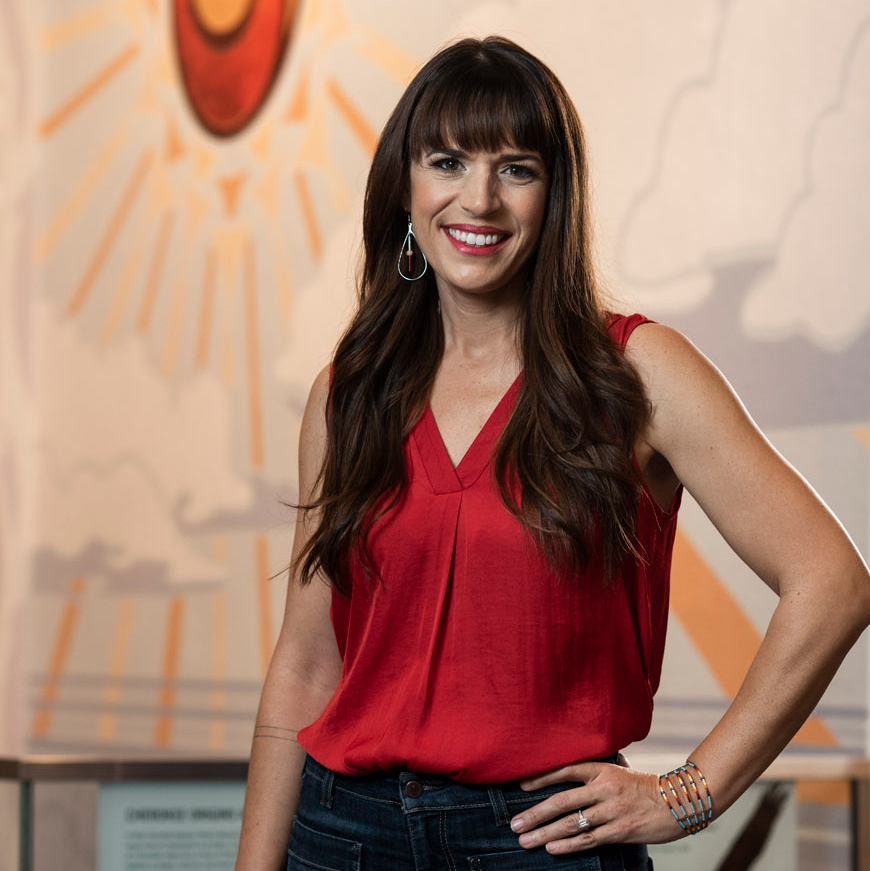 Jennifer Loren is an Emmy-award winning filmmaker and the director of Cherokee Nation Film Office. Evolving from an investigative reporter and producer to a documentarian and host, she has been in the television and film industries since 2001. Jennifer started her career in television news where she moved around the country as an anchor, producer and investigative reporter, ultimately landing at home in Tulsa, Oklahoma. In 2014, she joined Cherokee Nation Businesses where she co-created the highly acclaimed documentary-style show Osiyo, Voices of the Cherokee People. Jennifer is the executive producer, host and show-runner of the docuseries, which is often called OsiyoTV. She also produces and directs many of the short documentaries in the show. A proud citizen of the Cherokee Nation, Jennifer is humbled and thrilled to share her tribe’s stories with the world.

Jennifer has been nominated for more than 30 Emmy awards and has been awarded ten of those; nine as Executive Producer and Host of Osiyo, Voices of the Cherokee People and one for investigative news coverage in 2012. Jennifer has won several AVA Digital Gold and Telly Awards, also for her work on OsiyoTV, and the show has been the recipient of several other awards, including the Association for Women in Communications’ 2016 and 2017 Clarion Awards. During her time in news, Jennifer won several awards for investigative reporting, including a Society of Environmental Journalists’ award and the prestigious Oklahoma Society of Professional Journalists’ First Amendment Award. While all of the accolades are validating, Jennifer says the most rewarding part of her job is working with and learning from citizens of the Cherokee Nation.

Jennifer’s favorite job of all is as a wife and mother. She has two daughters who keep her busy with after school activities and Jennifer volunteers with their PTA and school foundations, and serves on multiple other Boards in the Tulsa and Oklahoma communities.Jennifer is a graduate of the Gaylord College of Journalism at the University of Oklahoma and an active member of the Native American Journalists Association and Society of Environmental Journalists.

Maggie Cunningham (Pawnee) is an Emmy®-winning producer and Production Manager for OsiyoTV.

Before joining the OsiyoTV team, Maggie worked in the museum and cultural heritage field. Her previous roles included positions as an archivist and tribal NAGPRA Coordinator. She also spent time as a project manager for several Native-owned consultation and media production firms. She saw firsthand the impact an Indigenous narrative can have on a community during her time researching at Te Papa Tongarewa, the national museum of Aotearoa (New Zealand). She continued to cultivate this focus in her years of cultural heritage work. Her experience working within Native communities here in Oklahoma has only solidified her drive to tell authentic Native-led stories. Maggie holds a bachelor’s degree from Dartmouth College in Studio Art and Native American Studies. She earned her Master of Fine Arts in Museum Studies from New York University. Maggie grew up in Oklahoma and Texas and currently resides in Tulsa with her husband and young daughter. 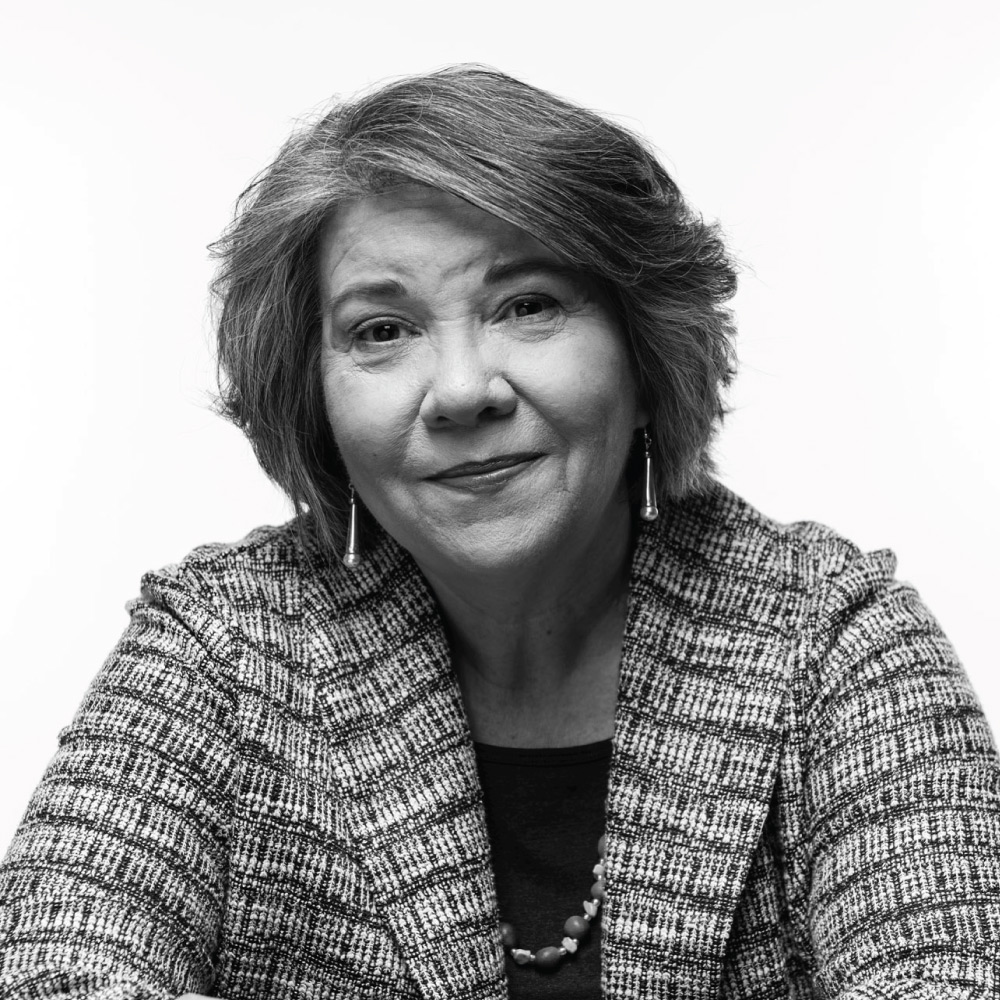 LeeAnn Dreadfulwater (Cherokee Nation) is an Emmy®-winning associate producer and historical researcher for OsiyoTV. She joined the OsiyoTV team in 2019 after 25 years working inside the Cherokee Nation government. LeeAnn brings a broad-based experience to her role as a researcher, social media coordinator and historian for OsiyoTV.  In 2006 LeeAnn took a role in the Cherokee Nation Communications office as the tribe’s media relations officer, working with local, national and international media to facilitate accurate information about the tribe. She managed the Nation’s multi-media studio and graphic design staff, providing direction for projects such as the Cherokee National Holiday artwork. In 2011, LeeAnn launched Cherokee Nation’s first official social media presence, a Facebook page that has now grown to more than 300,000 followers word-wide. She holds Speech and Mass Communications degrees from Northeastern State University and studied Occupational and Adult Education in grad school at Oklahoma State University. LeeAnn is an avid trail rider, who volunteers on trail advocacy at the state and national level. She and her husband Frank live on a small farm in Park Hill, Oklahoma. 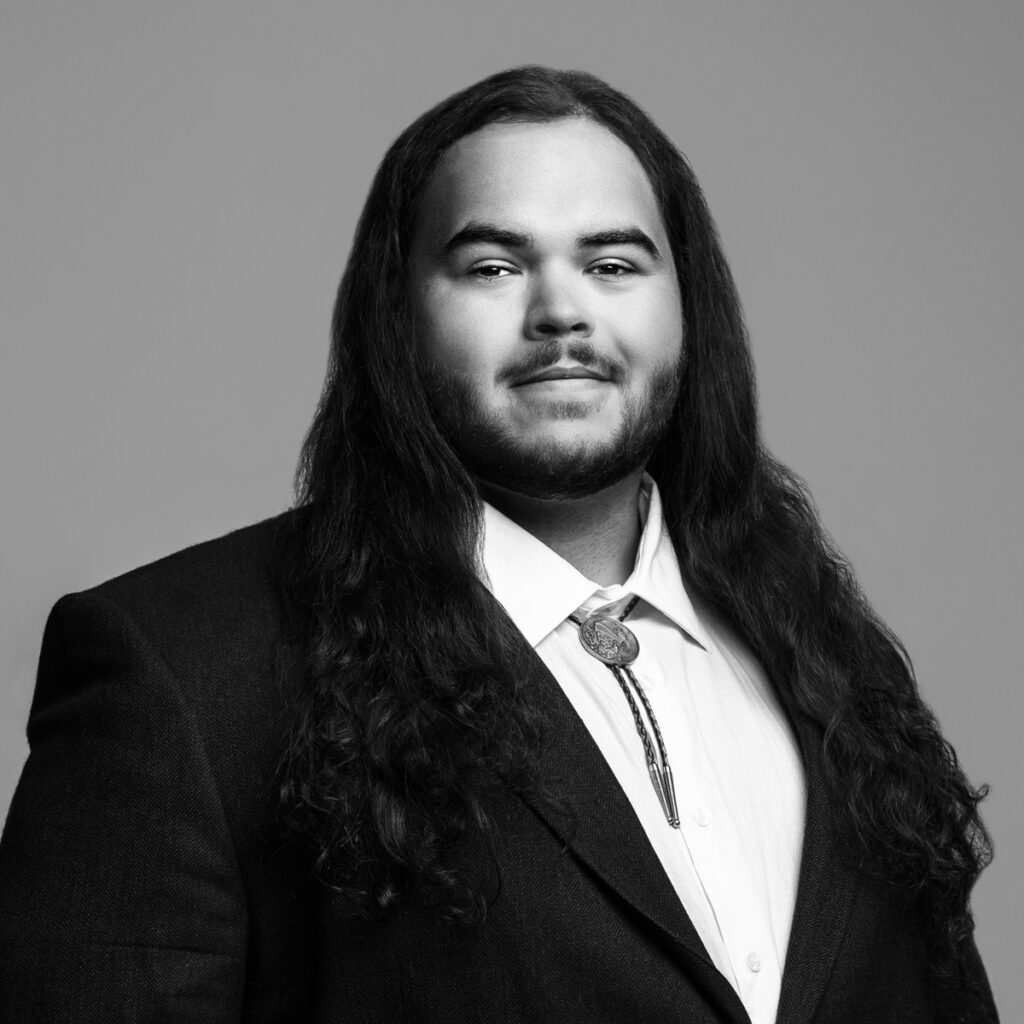 Born in the Cherokee Nation capital of Tahlequah, Oklahoma, Colby displayed an interest in film from a young age. Throughout his adolescence, he made amateur short films with his friends, participated in school theatre, and studied film in his free time. In 2019, Colby interned with OsiyoTV, co-producing a few segments for the show and aiding with various aspects of production.  Once his internship was completed, Colby became a part of the local Tulsa filmmaking scene. As a freelancer he worked on documentaries, commercials, and both short and feature-length films. After spending some time exploring the industry, he returned to OsiyoTV in 2021 as a full-time producer. The Cherokee representation OsiyoTV provided served as an inspiring force for Colby, and now he aims to do his part to continue and strengthen the program’s ability to tell Cherokee stories from Cherokee voices.

Colby earned his B.A. in Media Studies – Multimedia Production with a minor in Theatre from Northeastern State University. When not working, he can usually be found fumbling around on a guitar somewhere. He currently resides in Tulsa with his wife, Erica. 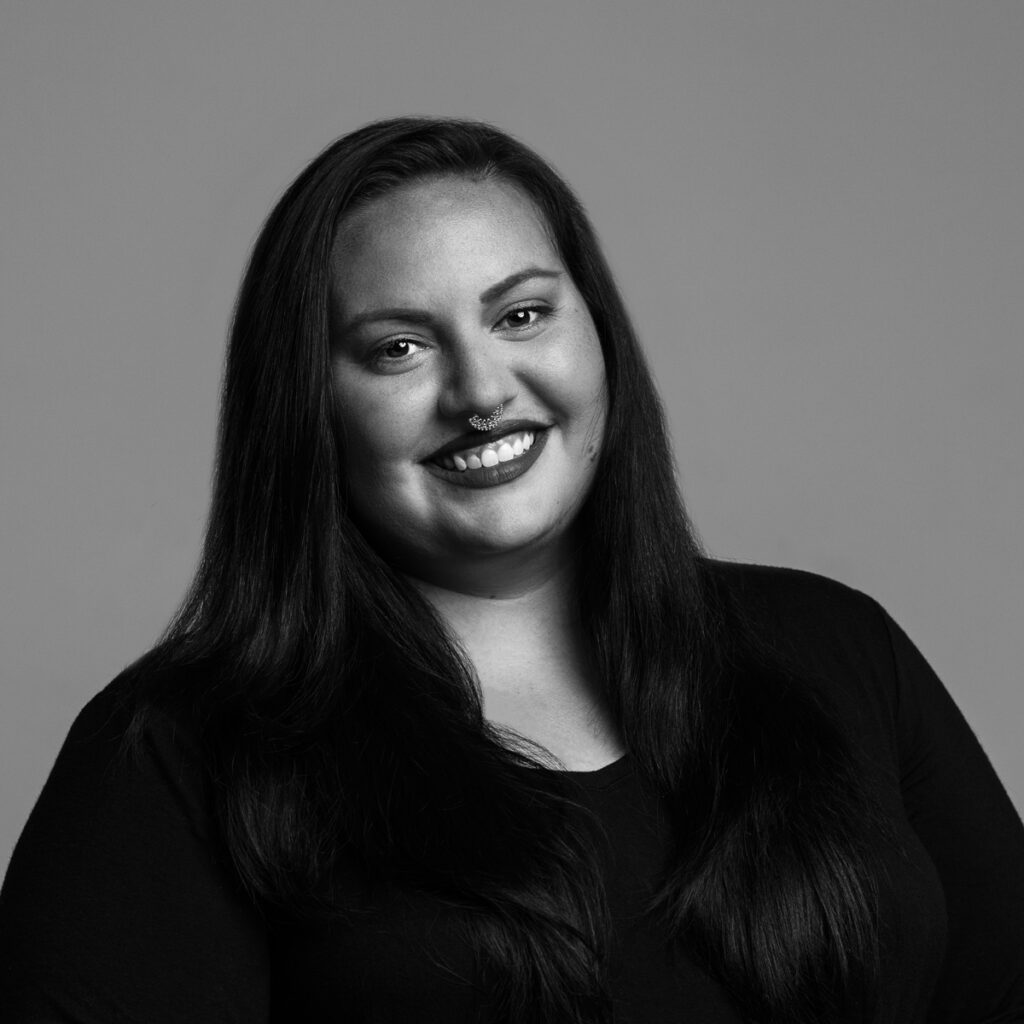 ᎠᏟᎩᏂ ᏓᏩᏙᎠ ᎠᎴ Danielle Culp ᏓᏩᏙᎠ ᏲᏁᎦ ᎬᏂᏗ. ᎦᎴᎼ ᏗᏥᏁᎳ. Danielle Culp (Cherokee Nation) was born and raised in Claremore, Oklahoma. As the daughter of a Cherokee speaker, she grew up immersed in the language and culture. Danielle participated in many programs in Cherokee Nation that shaped her into the person she is today. She strives to perpetuate Cherokee culture, history, and language in every endeavor. Danielle has worked in the museum and cultural heritage field for more than a decade. She began doing living history at the Cherokee Heritage Center’s village, Diligwa. Her work at the CHC educated people about Cherokee life in the 1700s, where she demonstrated pottery, basketry, and finger weaving.

Danielle continued her museum work at the Thomas Gilcrease Institute of American History and Art. At the Helmerich Center of American Research, Danielle worked extensively with the John Ross and John Drew archival collections that document Cherokee history. After changing positions at Gilcrease Museum, Danielle began her work on the Learning and Community Engagement team. Her primary focus was on education inside the museum and engaging with underrepresented people by creating new partnerships between the African American and Native American communities and the museum.

As a traditional storyteller for more than 15 years, Danielle will continue Cherokee storytelling through filmmaking at OsiyoTV.

Danielle holds a B.A. in Cherokee Cultural Studies from Northeastern State University in Tahlequah, Ok. She earned her M.A. in Museum Science and Management from the University of Tulsa. 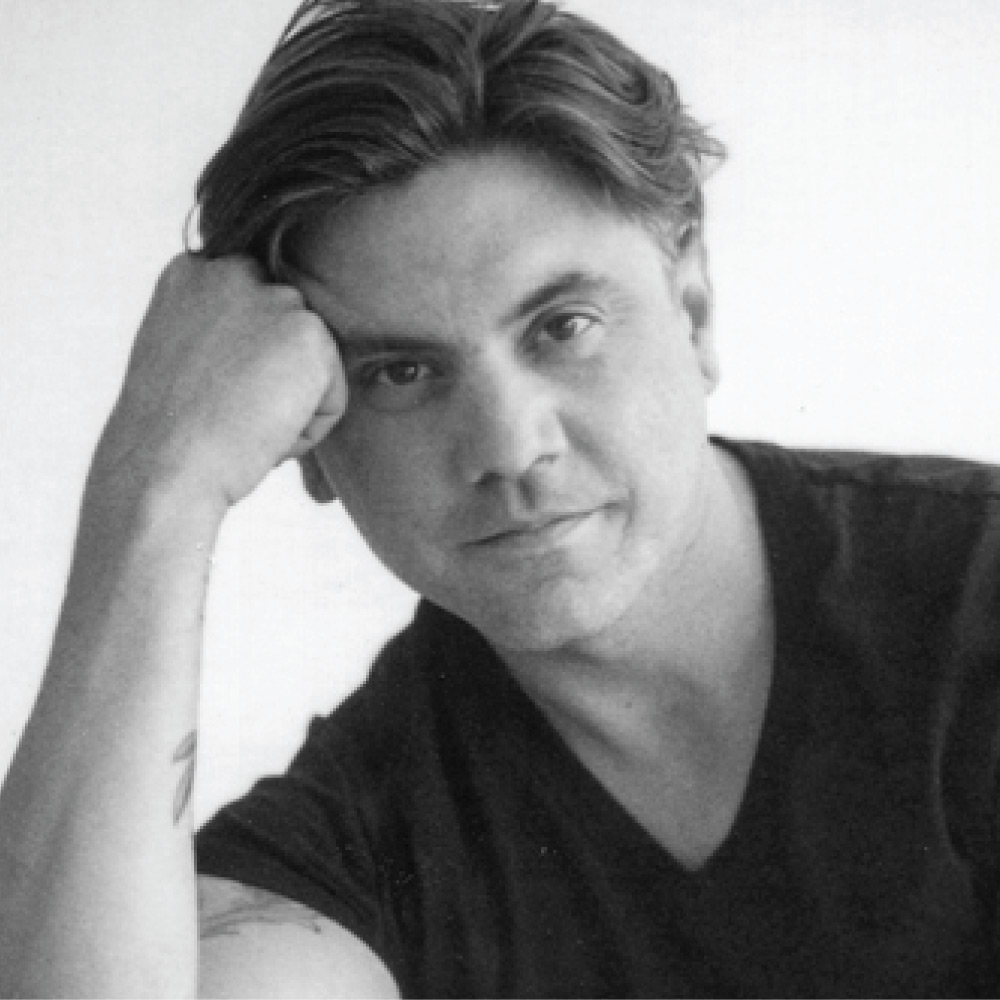 Jeremy Charles is a writer/director/producer/cinematographer and leader of FireThief Productions, a Cherokee-owned film production company. Beginning his career as graphic designer and freelance writer, Jeremy spent a decade as a photographer recognized for his bold portraiture and work in the music scene. He has been proud to lend his eye and expertise to Cherokee Nation projects for the past 15 years.

Since answering the call of filmmaking, Jeremy has filled nearly every role in production in hundreds of short docs, narrative shorts, branded content and music videos. He is a co-creator, producer and director for “Osiyo, Voices of the Cherokee People” which has earned five regional Emmys, and he was awarded Best Director in 2017 for the documentary short “Singing Tradition”. His direction of the music video for ‘Everybody Needs’ by Branjae earned Judge’s Choice Graphex award in 2018, and his films have been selected for numerous film festivals.

Creating content for Cherokee Nation is a lifetime commitment for Jeremy. This work includes a pilot for an original animated series in Cherokee language “Inage’i (In The Woods)” and narrative short “Totsu (Redbird)”, also in Cherokee language. Jeremy is currently developing a supernatural crime series based in Cherokee culture, narrative feature films, and documentary series.

You can learn more about his work and FireThief Productions at www.firethiefpro.com.