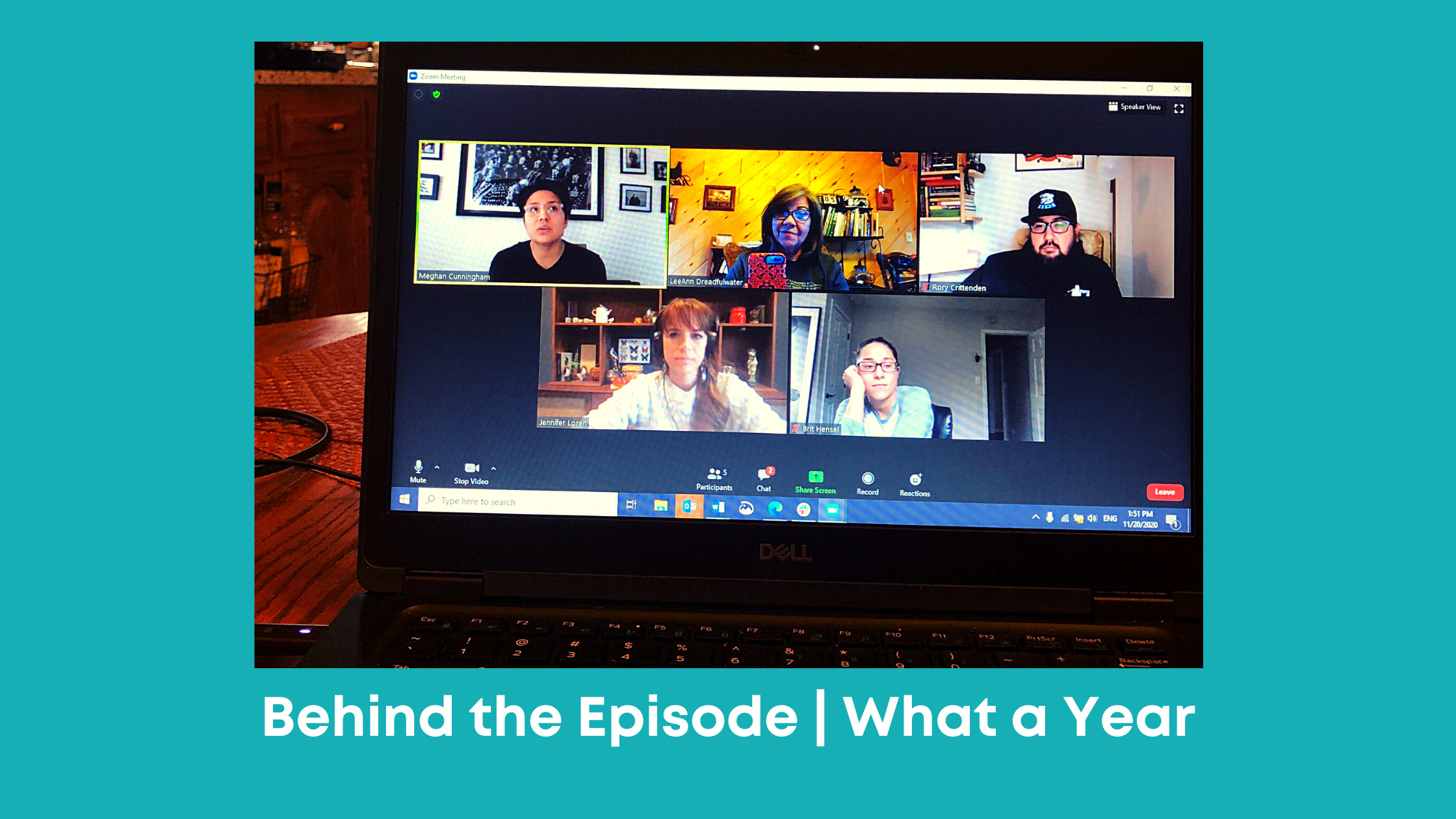 Like most of you, our OsiyoTV crew is welcoming 2021 with open arms. Looking back over our shoulder at 2020 is a little surreal. Oh, it started out normal enough. We had our Season 6 stories lined up and with great anticipation had begun planning interviews with our feature subjects. There was a full slate of amazing stories.

Our producers had begun researching at various archives that house Cherokee documents and artifacts. Our executive producer, Jennifer Loren, had challenged us to follow a timeline for our almanacs that ran from pre-European contact to the forced removals from our homelands in the Southeast. We had planned trips to the old Cherokee Nation to interview subject matter experts and get important footage.

The pandemic was primarily overseas and just making an appearance in New York and Oregon, far away from where we were heading in early March. We kept an eye on the virus, hoping it wouldn’t be as bad as some of the predictions.

Fortunately, we were able to safely shoot in areas the virus hadn’t yet reached. While we were on the road, the news reported Tennessee had just recorded its first Covid-positive patient and two had been discovered in Oklahoma. We somberly returned home, knowing things had turned a corner.

Our group quarantined after being on the road, just to be on the safe side. We received word from our employer, Cherokee Nation Businesses, that, if able, employees should work from home until more was known about the situation.

We soon realized any additional travel was out. That meant several planned stories were no longer viable. There was also the uncertainty of whether we could even move forward with Season 6 and the stories we had left. Would we have jobs at all? Thankfully, we were assured we should keep moving forward with our season production and that our jobs were safe.

Somehow, through the magic of Zoom, Slack, email and texting, we pulled ourselves up out of the (perceived) abyss. We changed our mindsets to “Well, given our circumstances, what CAN we do?”

Turns out we could do a lot.

With daily virtual meetings from our homes, the new season began to take shape. We figured out ways to interview people virtually. Fortunately, we’d gotten hours of wonderful footage on that early trip. Cast and crew were streamlined to have a minimal amount of people on set for any reenactment filming. We filmed primarily outdoors in the fresh air. In times that we couldn’t make that work, we filled in with beautiful animations from a contractor, Creative Filter. We took every Covid precaution available and closely followed guidelines set by the Centers for Disease Control and our employer.

Gradually, Season 6 took shape — almost entirely with our staff working from home. We set a goal to have Episode 601 ready to premiere at Cherokee National Holiday. When the Holiday turned out to be mainly virtual, our sister office, the Cherokee Nation Film Office, rolled out a drive-in screening event. It was wildly successful and we proudly — and with a few tears of pure joy — premiered Episode 601, just as planned.

As I write this, the last few hours of 2020 are rumbling slowly by. We’ve just put the finishing touches on Episode 610, the final Season 6 episode, and we are diving eagerly into Season 7 of “Osiyo, Voices of the Cherokee People.”