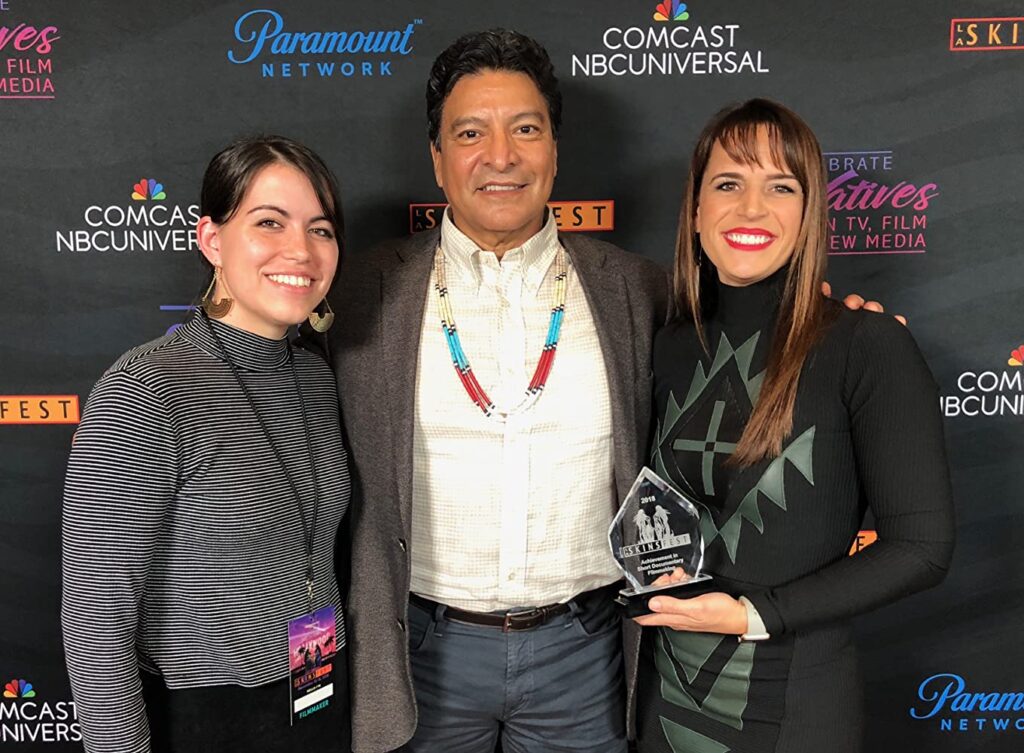 TAHLEQUAH, Okla.— The producers of Cherokee Nation’s Emmy award-winning documentary series, “Osiyo, Voices of the Cherokee People,” have been selected to screen their  short films at several major film festivals in 2019.

What began as a monthly, 30-minute news magazine-style program in February 2015 has morphed into a weekly show and reshaped the way the tribe shares about its history, language, culture and people. Now Cherokee Nation is sharing those stories as individual short documentaries, competing in film festivals across the globe.

The series, and the short documentaries within it, has earned numerous regional, national and international accolades, including five Heartland Regional Emmy awards and most recently Best Short Documentary at the LA Skins Fest, which featured more than 70 Native American, independent productions representing hundreds of reservations, nations and tribal organizations.

“We have been overwhelmed by the amount of truly amazing stories there are to tell on behalf of the Cherokee people,” said Jennifer Loren, executive producer and host. “Expanding these stories into their own documentaries gave us the time and space to let each feature truly unfold. We are so thankful for the opportunity to share these stories and feel honored to be entrusted with doing so by the tribe and our fellow Cherokee.”

OsiyoTV is available statewide on PBS in Oklahoma and Arkansas, regionally within Tulsa on RSU-TV, in Joplin on NBC and ABC as well as FNX, an all-Native programming network in 20 national markets. The show is formatted for multiple platforms including www.osiyo.tv, YouTube, Vimeo, Facebook, Twitter and more. It is funded and produced by Cherokee Nation Businesses.

For more information and to watch “Osiyo, Voices of the Cherokee People,” please visit www.osiyo.tv.