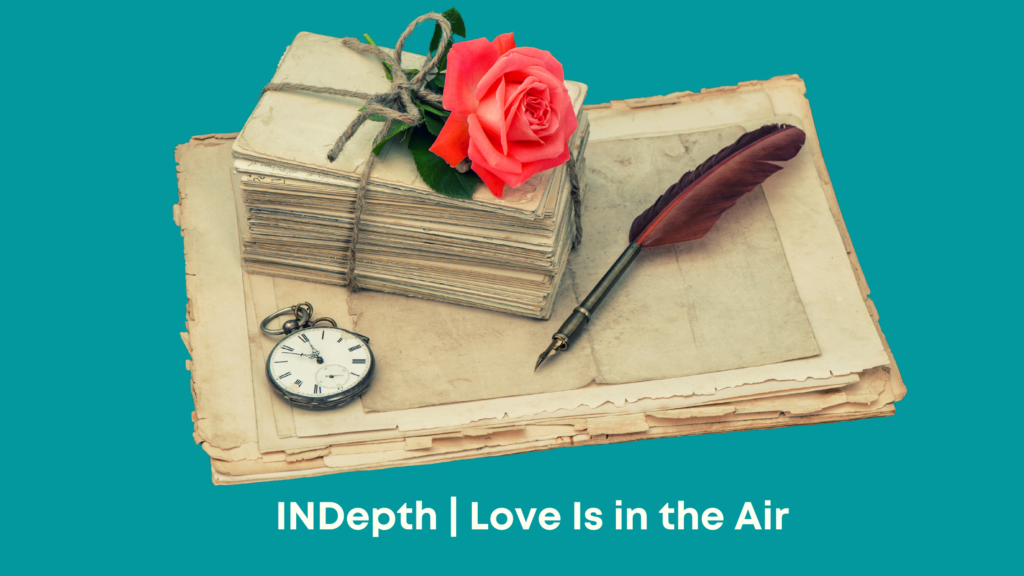 With Valentine’s Day right around the corner, our social media feeds are filling with advertisements for chocolate, flowers and diamonds. And although those things have become traditional symbols of modern-day romance, it was a bit different for our Cherokee ancestors back in the day.

It might surprise you to learn that in the 19th century traditional Cherokee courtship practices were sometimes more practical than romantic. Proximity often played a role in two people connecting. With few exceptions, most Cherokees married someone they’d known most of their lives who lived in the same community.

If a wife died, it was also common for the widower to remarry to his late wife’s sister. This practice ensured children were reared among their clan without creating otherwise taboo relationships, which would disturb tohi, or life balance. (Be sure to check out our Cherokee Almanac Cherokee Almanac: Clan Law – Cherokee Systems of Justice – OsiyoTV to learn about other aspects of Cherokee clans and social structure.)

If we go back a little further, polygamy was a traditional practice into the early 1800s, including the very wealthy Cherokee merchant James Vann, who is thought to have had as many as five wives at the time of his death in 1809. With European contact and missionary influences, Cherokee polygamy eventually fell out of favor.

Longtime Principal Chief John Ross is thought to have married his first wife, local widow Quatie Elizabeth Brown Henley, as a practical alliance. The two had six children together, but in all of Ross’ extensive correspondence, he rarely mentioned or acknowledged Quatie.

When Quatie passed away near Little Rock, Arkansas, during the western removal in 1839, Ross was too preoccupied with reestablishing the Cherokee Nation government in Indian Territory to spend much time grieving her death. His oldest children took on the task of caring for their younger siblings during the transition.

A few years after Quatie’s passing, Ross made a confirmed love match with Mary Brian Stapler, a much younger Quaker woman from Delaware. Mary initiated their courtship with a precocious letter to Ross when she was just 15. Despite a 36-year age difference, the two became regular correspondents and, indeed, today you can literally read the relationship blossoming on the pages of their letters.

Upon Mary’s acceptance of Ross’ marriage proposal in 1844, he wrote, “… it is my most sincere wish that, you should decide upon all things in connection with our proposed union understandingly — as my whole desire shall be to render you as happy as may be in my power.”

Mary’s father reluctantly agreed to their union, but the Quakers excommunicated her from the church for marrying an outsider.

Nonetheless, the marriage flourished. Throughout their next 22 years together, they continued to write one another often, especially as Ross’ governmental duties took him away from Cherokee Nation to Washington, D.C., and other locations to handle the business of the tribe. Mary, for her part, became enmeshed in the affairs of her new Cherokee family, acting as Ross’ anchor to home. In letters she addressed him as “my beloved husband,” and he closed each letter with his affectionate assurances.

When Mary passed away in July of 1865 after a lingering illness, Ross openly lamented her death, writing to Mary’s sister that it was almost too painful to return to the Cherokee Nation without Mary: “The loved wife and mother is at last in the Heavenly mansions prepared for the redeemed.” Ross joined her in death a scant year later, in August of 1866.

Can love transcend time? It would seem so. John and Mary Ross’ love story still has the power to move us more than 150 years later. While Valentine’s Day may not be a traditional Cherokee holiday, the idea of love is very much a Cherokee tradition. Be sure to tell your special someones gigeyui, meaning “I love you.”