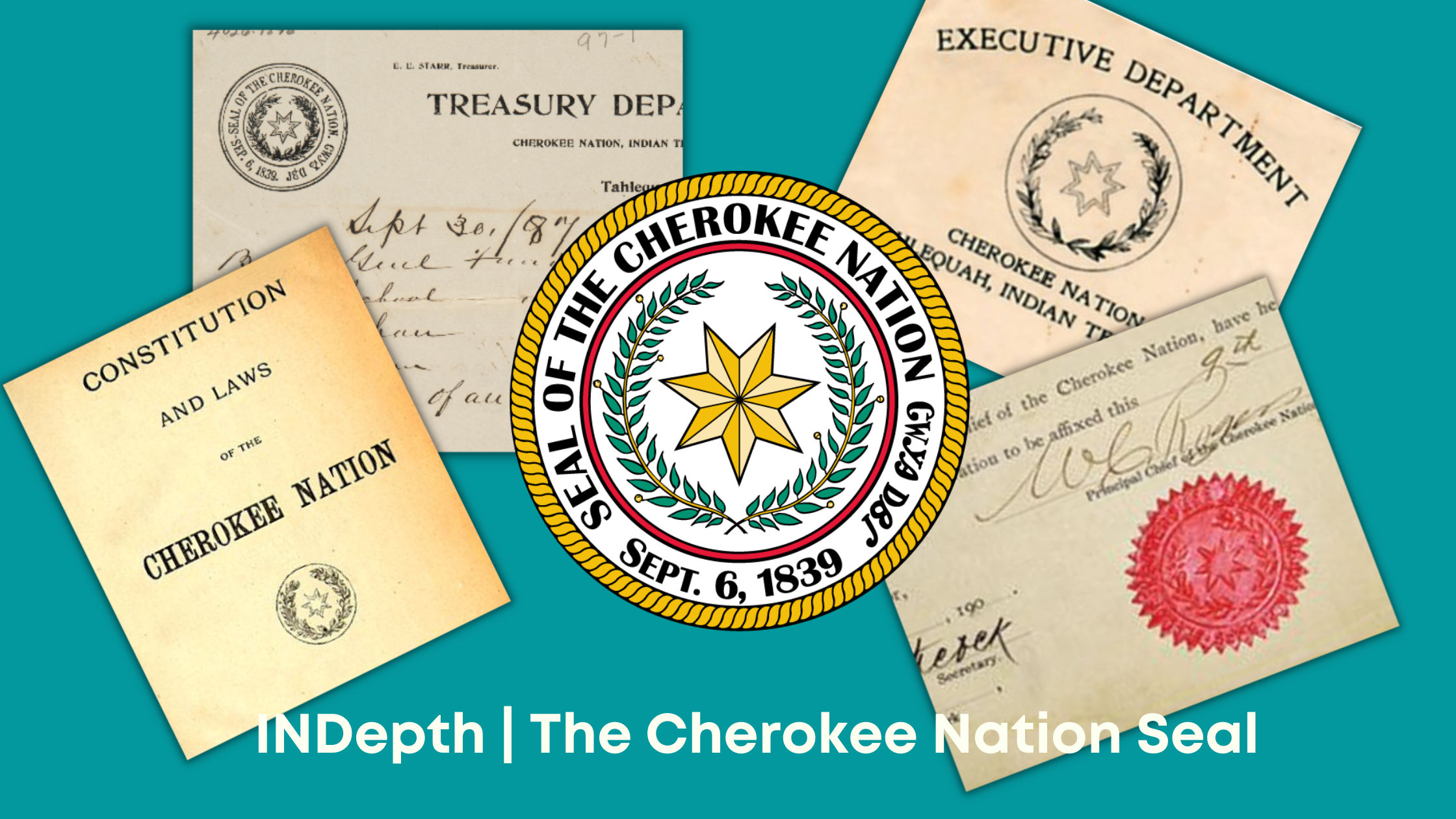 In December of 1869, the seal was enacted by the Cherokee National Council and signed into law by then-Principal Chief Lewis Downing. It was first created as a metal stamp to imprint upon wax for official documents. Within a few years, it also became part of the tribal letterhead and appeared on other Cherokee Nation documents, such as treasury reports and envelopes.

The seal was designed by Dr. W.L.G. Miller, a surgeon in the Cherokee Nation. He and his wife Anna were admitted to Cherokee Nation citizenship in 1861 by the Council. Like many surgeons of the era, Dr. Miller also served his community as a dentist. In time, he served a number of other nonmedical functions within Cherokee Nation, including serving as executive secretary to Downing and Principal Chief Charles Thompson (Oochelata). He would go on to serve on the Cherokee Nation executive committee and other roles related to tribal affairs.

A scandal erupted in 1872, when a United States special agent, John W. Wright, was investigated and found to have created a counterfeit version of the Cherokee Nation seal. Wright was accused of using the alternate seal to defraud Cherokee Civil War veterans or their widows of “bounties” amounting to more than $150,000. His own clerks testified against his practices, which included using an X to denote a Cherokee person’s signature on documents signing over to Wright a large percentage of what was owed.

Dr. Miller was asked to verify whether the seal matched the one he had designed for the Cherokee Nation government. It did not. Additionally, the Cherokees’ own level of literacy made the use of so many X marks in place of a written signature highly suspicious. It was soon discovered that most of the Cherokees being defrauded had never seen nor signed such documents; furthermore, most were able to read and write English proficiently.

Downing’s successor, Principal Chief William Potter Ross, was accused of complicity, which he hotly denied. By the time of the lawsuit, Wright was deceased. The accusation against Ross was eventually dropped due to legal technicalities. It is unclear whether the veterans and widows ever received their moneys from the U.S.

The existing official Cherokee Nation seal continued to be used by successive administrations into the early 20th century. This version can be found on numerous land allotments received by Cherokee Nation citizens through the Dawes Commission. It underwent several engraved and printed versions until being updated in the early 2000s to the way the current official seal is presented today. 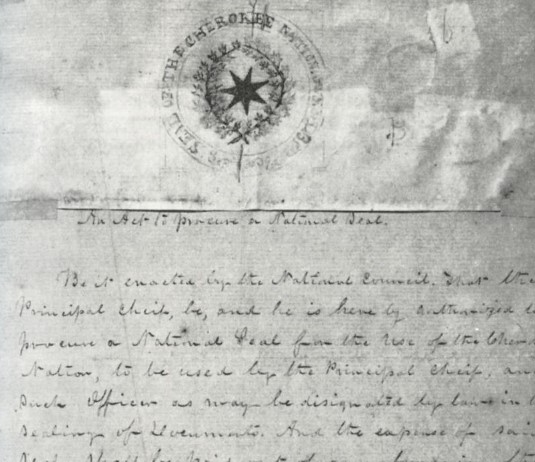