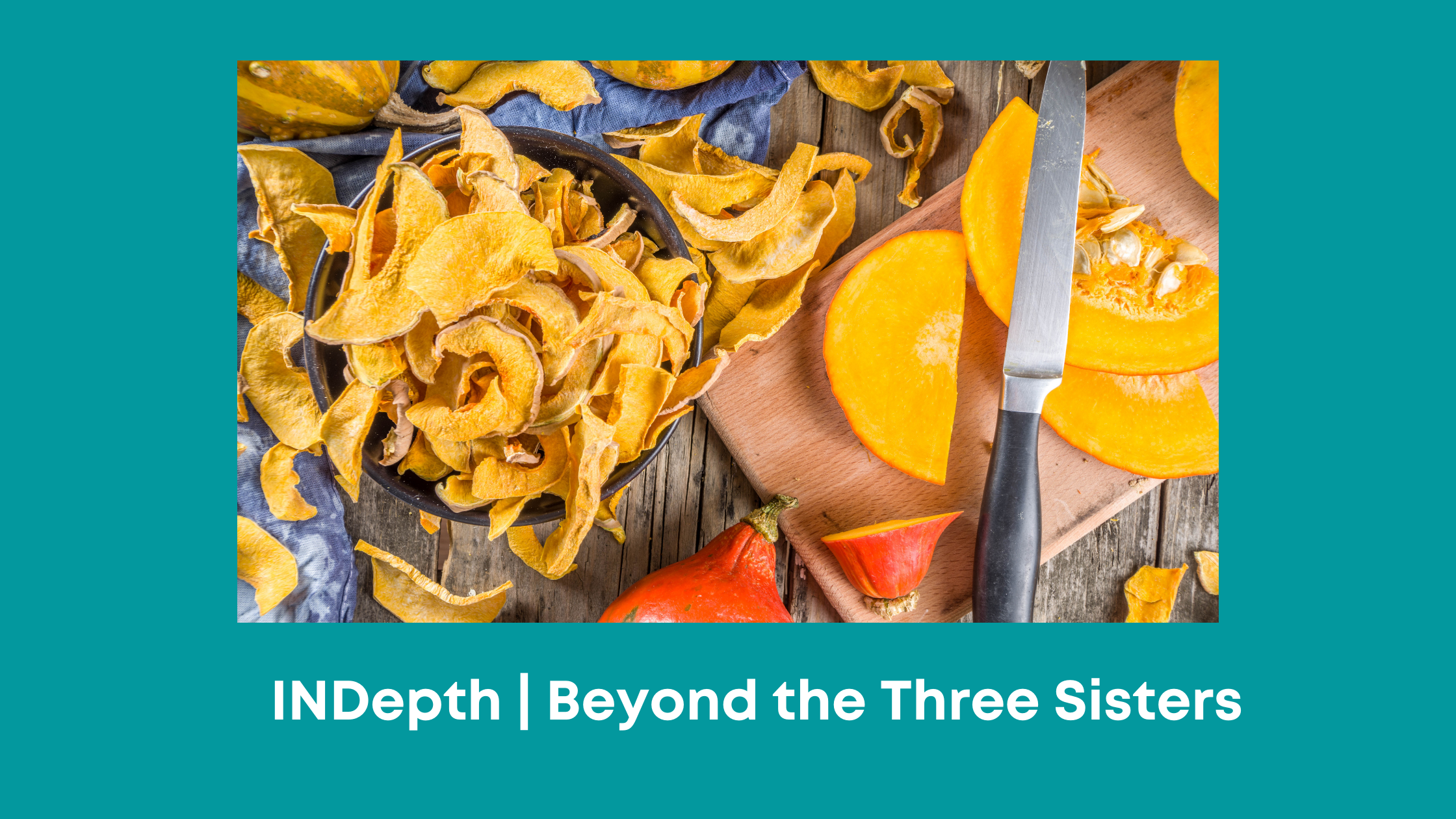 Maybe it’s because spring is just around the corner and many of us are thinking about our next garden. Or maybe it’s because the recent deep freeze plunged many of us into temporarily going “off grid” that brings this topic to mind. But have you ever considered what your Cherokee grandparents and great-grandparents went through to put food on the table and to preserve it through the winter months after our people were removed here to Indian Territory?

Now, many of us are familiar with the so-called Three Sisters — corn, beans and squash — that have been held up as a traditional staple for Cherokee gardens. Our ancestors found that the three, grown together, thrived and provided many of their nutritional needs.

The garden season in the Cherokee Nation starts for many of us around March or April and can run through mid-October. It’s a glorious time where we can amble out to the garden and pick a fresh tomato or pepper and enjoy it straight off the vine. If we have a bumper crop of something (I’m looking at you, zucchini), we modern folks can usually freeze it to enjoy long after the garden is gone.

Meat, also, is not hard to come by. It usually just takes a trip to the grocer or, again, to our freezer if we’ve planned ahead.

But a hundred years ago, most of our Cherokee ancestors didn’t have access to a freezer or a grocery store. What they often did have was a smokehouse and maybe a springhouse or a root cellar. Stories from our ancestors remind us that different times called for different measures. A lot of planning and preparation went into it, if one intended to continue to eat well through fall and winter months.

For instance, in the summer it was common for Cherokees to gather at a designated spot on the river for gigging and catching fish. Drying and smoke racks would be built on the river bank where the fish would be smoked and preserved for future use. Dried softshell turtles were also common to “put up” for cold season eating.

A smokehouse was a handy spot to preserve hog meat or even wild game. Meat was hung in the top of the smokehouse over a smoldering batch of coals for several days. The smoke both dried the meat and coated it with an acidic mantle to prevent bacteria and spoilage. Salt could also be used to coat the meat in the smokehouse.

Corn and beans were some of the most commonly preserved items. Old-timers often placed a bit of tobacco in sacks or cribs with corn to stave off insects such as weevils. Besides drying, corn kernels could also be preserved as hominy to prevent sprouting. It was made by boiling the corn with a teaspoon of lye in a pan of water or, if lye wasn’t available, woodstove ashes were used to get the same effect. Or dried corn could be reconstituted into hominy to make bread and other foods.

Most Cherokees also kept dried stores of pumpkin and string beans (sometimes called pole beans). The string beans were simply run through with a needle and thread, and then hung in the smokehouse or another dry spot. Cleaned pumpkin slices could be made the same way, but many families set them on top of their home’s shingles to dry out before storing. Later on, the pumpkin was reconstituted with water and maybe a little sorghum added for a winter treat.

Families often dug a root cellar to keep vegetables over the winter. Thick-skinned squashes, potatoes, turnips and even heads of cabbage could be preserved for months in a root cellar. Root cellars ranged from a deep hole in the ground to a fancier structure with a door and steps. They came in handy in later years as canning became another popular way to create long-term storage for food.

While our modern Cherokee chefs such as Nico Albert, Taelor Barton and Bradley Dry today can have access to traditional ingredients nearly year-round thanks to freezers and other modern devices, our ancestors found their own innovative ways to keep nutritious food on hand. It’s just something for us all to marvel at as another season turns the corner here in the Cherokee Nation.