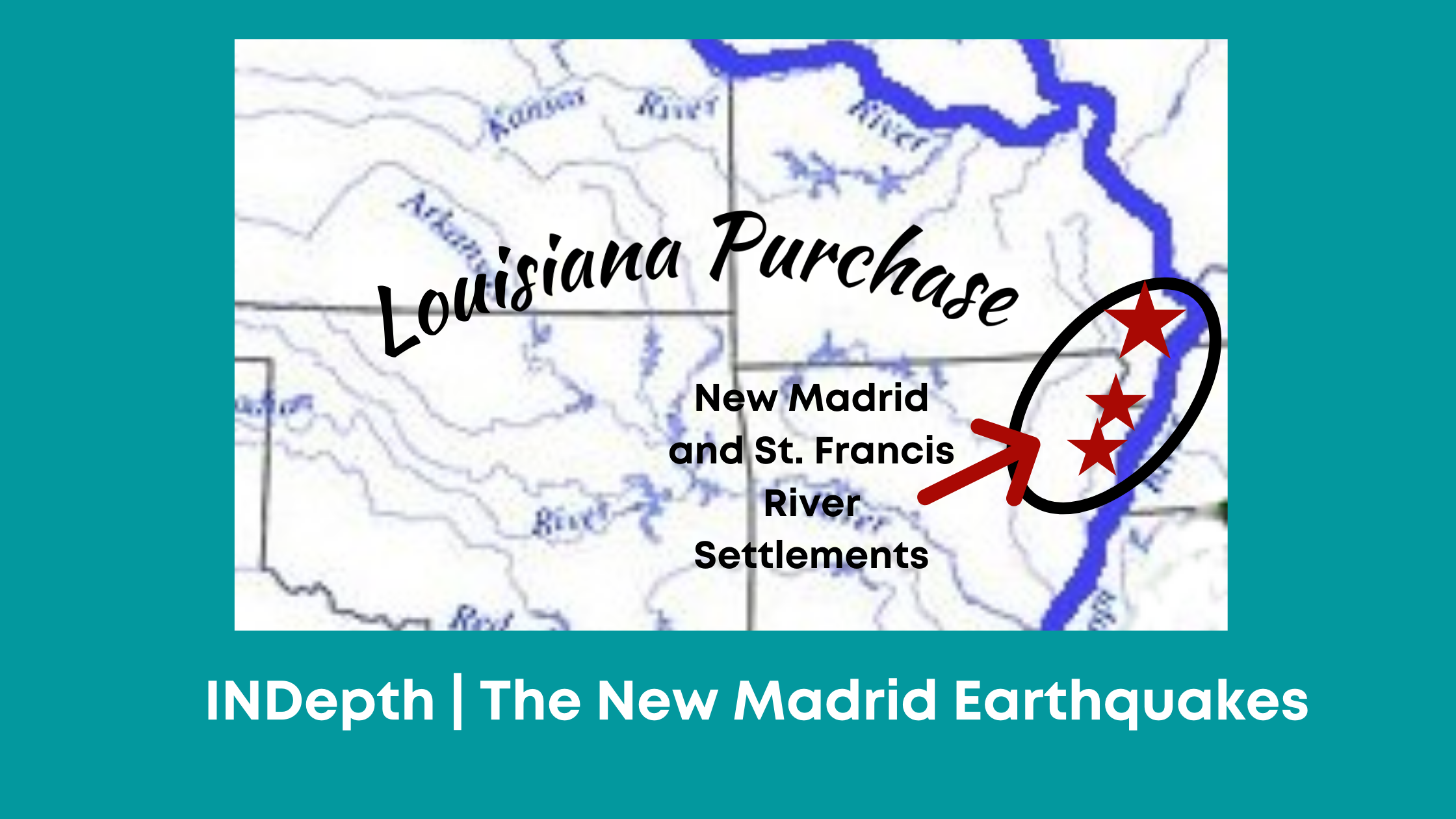 It happened this week, 209 years ago. The largest recorded earthquake in American history occurred on Feb. 7, 1812. It’s a mostly forgotten part of Cherokee history, but a group of early Cherokee emigrants were among those impacted by the quake.

The New Madrid earthquake was the largest event of a series of more than 2,000 quakes that happened from December 1811 through March 1812 in an area where northwest Arkansas today meets the “bootheel” of Missouri. With a magnitude estimated at 8.0, this monster quake changed the landscape for hundreds of miles around its New Madrid, Missouri, epicenter.

Thought to have an impact more than 10 times that of the 1906 San Francisco earthquake, the Feb. 7 event caused church bells to ring as far away as Boston. President James Madison and his wife, Dolly, noted feeling the tremors in Washington, D.C. Cherokees in our original homelands felt and recorded their reactions in Georgia, Tennessee and North Carolina. But it was a small group of Old Settlers who had a front row seat.

Some Cherokees had begun migrating west as early as the 1790s. The majority of them settled in the fertile area along the St. Francis River, in present-day northwestern Arkansas. To their north, a small colony of white settlers had formed the town of New Madrid, so named during Spanish occupation of the territory before it was sold to France.

For a number of years, Cherokees and other early tribal emigrants were part of a bustling multiethnic trade network on the St. Francis River and the nearby Mississippi. Estimates by 1810 show as many as 1,500 Cherokees living in the area, along with scattered settlements of Shawnee, Delaware and other tribes, plus trappers, traders and free people of color. Osages and Quapaws had already been in the area for centuries.

It’s not known exactly how many lives were lost in the series of quakes, although due to lack of records and some bias by those reporting, it is thought that Native deaths were grossly undercounted. However, a Cherokee prophet, Skaquaw, gets credit for forewarning people in the area who were willing to listen:

“Watch for a sign, and the earth will soon shake, like a horse who shakes the dust from his back; but be sure to move away from St. Francis before the next sign manifests itself.”

As a result of his prophecy, there was a thorough evacuation of the St. Francis River settlements about a month before the first quake took place.* Still, they remained close enough to notice many odd happenings when the quakes hit.

People remarked on animals behaving oddly preceding the Feb. 7, 1812, quake. Boatmen on the Mississippi River were alarmed to discover the river ran backwards for several hours. The air filled with noxious, sulfurous smells. Mysterious lights flashed repeatedly from fissures in the ground. A nearly mile-and-a-half long stretch of sand appeared, covering 135 acres. Some people simply disappeared, leading to speculation that they’d been swallowed whole when the ground split open.

Much of the fertile landscape became an uninhabitable swamp, and formerly passable river routes were now rife with quicksand and shattered trees. It must have seemed like hell on earth.

Cherokees had mixed but deeply felt reactions to these events. For some, embracing Christianity and devoting themselves to church and scripture was the answer. Other Cherokees took the events as a sign to reject assimilation and return to traditional ways.

Over the next two decades, with changes to the ownership and community makeup of the Arkansas Territory, what remained of these Cherokees moved farther west into Indian Territory, now Oklahoma. In 1839, they once again became part of the Cherokee Nation through the Act of Union, reuniting east and west factions of the tribe. The New Madrid earthquakes passed into legend and the stuff of tall tales. More recently, though, science has supported and, in many cases, proven the stories of those Cherokees who survived the incredible events of that winter.

*As witnessed and reported by naturalist Louis Bringier in his article, “Notices of the Geology, Mineralogy, Topography, Productions and Aboriginal Inhabitants of the Regions around the Mississippi and Its Confluent Waters,” American Journal of Science, 1821.